Well, I’m a rather introspective but sociable retired English teacher who has done a wide variety of other jobs in his youth. You can find out all about me in my Amazon biography and also I hope by reading below. In brief, I live in Calabria, southern Italy, with my pretty wife, Maria Antonietta – yes, I know, I lost my head for her! I’m a challenged writer because we live next door to a noisy bar and I don’t have a study. I work in the corner of our lounge as you can see in the photo. The view through the window is outstanding especially when we get evening skies like this!

What inspired me to start writing

It’s a good question with a deep-rooted answer. First of all, writing and reading are inseparable, and I recognise the debt I owe to my grandfather who gifted me an illustrated history book when I was four. As soon as I could read it, I devoured all the interesting snippets about Rollo, Robin Hood, William Tell and all the heroes that make a child dream. I almost read the print off those pages! A love of reading has followed me throughout my life. My day begins and ends with reading.

There also needs to be a trigger to start you writing. It may be that you’re a political creature and you want the world to hear your messages. I am not. I’m self-motivated also because a sarcastic primary teacher wouldn’t leave this kid alone, branding my compositions ‘lacking in imagination’. I might have believed him except that he entered us all in a Nestlé creative writing competition and to his chagrin, I won a certificate and some chocolate for my imaginative writing. But then you study, graduate, go to work. What time is there for writing? I certainly had none and needed a fresh motivation, which came when my kids finished all the children’s books in the public library and all those bought for them. I brought out the typewriter and began to write stories for them. My ex-wife, a primary school teacher, heard one and was impressed enough to encourage an approach to a publisher. The publication of six children’s books followed. Sadly, they’re out of print but when my son, Adam, told me that he’d kept a copy of my first book, The Wild Man of the Four Winds, and that my little grandson, Dylan, adores it, I felt like I’d won the national lottery.

Work commitments stopped me from writing for many years after those books. I suppose proofreading and translating technical English for many Italian university professors is a reasonable excuse. Anyway, when I retired, I promised myself two things: I’d write historical novels and I’d brush up my schoolboy French. I retired in January 2014 and my French is still ‘schoolboy’ but in compensation I’ve written ten historical novels and had them published. 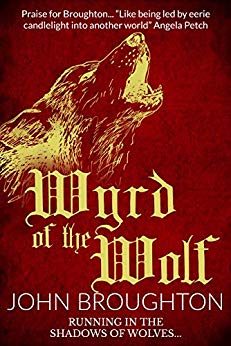 Is there a message in my books

Sometimes I’m asked is there a message in your books? I believe a writer cannot write a novel without a message if it’s worth reading. But what is that message? Is it inseparable from the theme? I think it is and I suppose it to be many messages. Certainly, after my first two novels I realised the importance of theme and so a very conscious vein runs through them all, including themes like betrayal, self-interest, a mother’s love and so on. More subtly and therefore, I think, more importantly, are the messages that come from the essential personality of the writer. I’m an introspective character but love people. I see the good in my fellow man and refuse to criticise unless someone deeply offends me. I’m not an activist but have several deeply-held values. I’m a feminist and believe that male-female relationships should be based on mutual respect and parity of treatment. That is why I try to create strong female main characters. I accept that it’s hard for a man to do that and it’s why I was so thrilled with the acclaim of female readers for my Cynethryth in Wyrd of the Wolf. Some even wrote to me asking for a sequel so they should know what happened to the heavily pregnant young widow on her return to the Isle of Wight. It took me a couple of years and other projects before I got around to obliging. I’m so glad I did, because the result is In the Name of the Mother, which pleased me since your characters become a part of you and I’m pleased to have given Cynethryth a happy and fulfilling ending.

As you can see, my novels are all set in the post-Roman pre-Norman period – the so-called Dark Ages. I snort when I read that term. After all, in some respects we live in a Dark Age now. Are we capable of recreating the art and devotion of the Anglo-Saxons? One thing is for sure, they lived amidst unspoilt natural surroundings. That’s another thing I care about – the beauty of our world. If some of my descriptions capture the skies, the woods, the birds through my eyes and my heart, then I’ve succeeded.

After writing eight ‘straight’ historical novels and casting round for a subject for my ninth, I had a sudden desire to link that ancient period to the twenty-first century. The outcome was my ‘time-travel novel’, Angenga. The title is Old English for ‘wanderer’. I’m so excited about this novel because to write it, I had to study some elementaryquantum physics.

Given that I’d ventured into this new field, I’d like to give you a sneak preview of a project I’m working on. This time it unites the present with the Anglo-Saxon past through a ghost. It’s called Elfrid’s Hole and is based on a real cavern in Ebberston, North Yorkshire, where it is said the wounded king of Northumbria, Aldfrith, lay wounded after the battle fought in the valley below – Bloody Beck still flows at Ebberston.

My plan for the future is to write a series of stand-alone novels following the adventures of Jake Conley, the main character of Elfrid’s Hole. His new wife, Heather, an archaeologist, can be his Doctor Watson. This of course all depends on the willingness of my publishers (I have two at the moment) to take on the first of the series. Ah, the plans of mice and men!

Other books by John Broughton 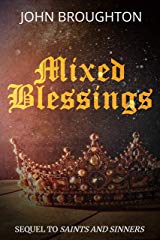 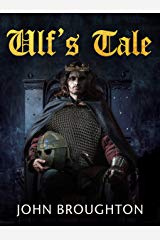 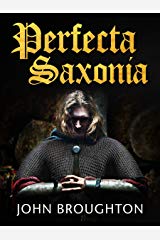