The Author Spotlight on Real Laplaine author of “Earth Escape” 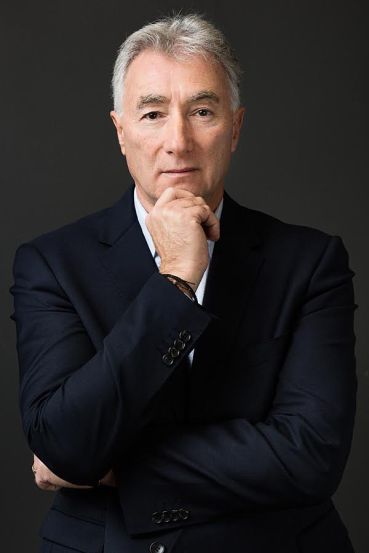 I live in Sweden, but I originally hail from Canada. Grew up mostly in or around Toronto. Started flying planes when I was about 16. Hitch-hiked across Canada with my best friend when I was 18 and we thumbed our way up to the Yukon and Alaska, lived on wild-berries, granola and bread mostly – and saw wilderness that left an indelible imprint on my mind. I moved to America when I was 21 and spent most of that time in Los Angeles while travelling around the globe in my career. Finally, after thirty-three years I had the chance to do what I really wanted – to write! So here I am today living in calm Sweden with my wife, two cats and a big-ass computer screen that I stare at countless hours a day – more hours than my wife would like me to.

What inspired you to write?

People! I have been a people-watcher all my life. People fascinate me. I am drawn to altruistic and creative leaders who made a real dent in the world, like Steve Jobs, J. F. Kennedy, Neil Armstrong (first man on the moon) and of course, Nelson Mandela. Walt Disney set my mind on fire when I was a young kid, with his amazing animations and whole worlds he created. And finally, when I was looking for some sense in the world, during the mid 1970’s as I emerged off the assembly-line of my formal education, one author really lit me up – Richard Bach and his book Jonathan Livingston Seagull. In the early 1980’s I read a second book by Bach, called The Bridge Across Forever. As soon as I finished that book, I picked up a pen, bought a stack of cheap paper-booklets and scribbled-out my first stories. I was hooked.

It varies. I write high-concept thrillers in crime, geopolitical and sci-fi genres, which is a bracket I feel comfortable in. My crime series thriller is quite loved by readers. My geopolitical and sci-fi thrillers have gotten great reviews. All in all, I have been told that in most of my books they simply really like the characters and can relate to them. Personally, I put a lot of time into developing my characters. I am a true believer in this day and age of “high-tech special-effects” and the generally poor-quality of films coming out from Hollywood, where film rendering seems to be largely about visual impact, that character development is becoming a lost art. So I really try to embed my characters with tangible and relatable qualities with which most everyone can identify.

Is there a message in your books?

Yes, of course, several. The essence of what I always try to get across is that good trumps evil any day, that there is more to life than the mediocrity we are surrounded with, and that our potentials as human beings is far greater than we are led to believe, or accept. So I always try to push the envelop, thus, high-concept thrillers. At the same time, I do believe in a good love-story, and in nearly every book I have written, I depict love, not in a sexual way, but as the core value or matrix of who we are as people.

Tell us about your latest book. 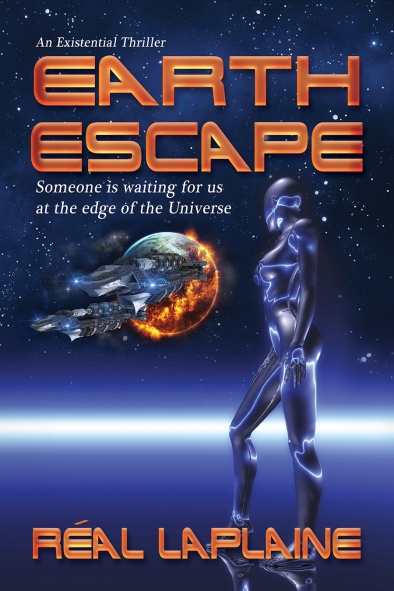 I just published EARTH ESCAPE at the end of Sept 2016. This is my largest and most expansive project ever. The book is 450 pages long. It is a story which relates to our contemporary times, showing the imminent disasters that our world is headed toward if we don’t change our course – in a geopolitical and militaristic sense as well as the very survival of the planet’s ecology. The book quickly springboards the reader just over a decade from now when the first interstellar mission is launched to reach and colonize Earth II – one of our nearest, and hopefully, habitable sister-planets. Again, the story is told from the perspective of the Captain of this star ship, who is a very driven, maverick and strong-minded individual, but also a misfit, someone who never felt like he could ease into any lifestyle on Earth. A NASA engineer himself, he is tasked with making this daring mission a success. His main assistant, while his crew remains in deep sleep until their arrival, is CASS, the most sophisticated Artificial Intelligence ever created – somewhat like HAL from Arthur C. Clarke’s 2001 Odyssey, but a hell of a lot prettier and much more interactive. It’s a thriller to the end, and it also challenges the reader on some very profound issues, because as the Captain tries to overcome all the impossible hurdles they encounter, he is also determined to find the answers to all of existence, that is, was it the Big Bang or God?

Writers have always been at the forefront of advancement in the humanities and the culture.
Moreover, they are ambassadors for change, inspiring generations to reach for their dreams and the stars.
Our mission is to promote literature and the inspiration of authors around the globe.
We do this by providing two simple services:
The Feature Author Spotlight
The Feature Book Spotlight
Both services include a Feature Book Review.
We have had the pleasure of spotlighting authors from all over the globe.
We hope to be able to do the same for you.

Writers have always been at the forefront of advancement in the humanities and the culture.
Moreover, they are ambassadors for change, inspiring generations to reach for their dreams and the stars.
Our mission is to promote literature and the inspiration of authors around the globe.
We do this by providing two simple services:
The Feature Author Spotlight
The Feature Book Spotlight
Both services include a Feature Book Review.
We have had the pleasure of spotlighting authors from all over the globe.
We hope to be able to do the same for you.

This is a text widget. The Text Widget allows you to add text or HTML to your sidebar. You can use a text widget to display text, links, images, HTML, or a combination of these. Edit them in the Widget section of the Customizer.